Radio Popolare, based in Milano, founded in 1976, represents a unique case in the Italian panorama due to its characteristics of independence, commitment as a communtiy service and active participation of listeners, who are in part also shareholders of the station itself.

The schedule has a wide range of content, partly related to current events and partly to the deepening of cultural and social issues, ranging up to entertainment with a musical proposal free from the logic of the mainstream. Leader of a network of stations throughout Italy that broadcast its news bulletins and other programs, it also dedicates itself to the metropolitan area of ​​Milan and to Lombardy.

A similar editorial approach and strong listeners loyalty, a real engaged and proactive community, also give rise and sense to complementary communication channels, such as a website and an app, with an “audio first” approach. 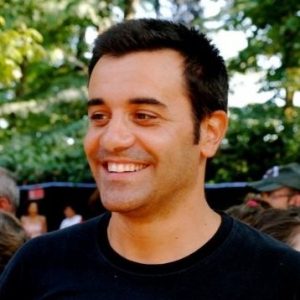 «The programs of Radio Popolare – explained Alessandro Diegoli, board member – have been recorded for several years as they were transmitted, indexed and offered on demand on the properties of the broadcaster and, in part, for particular tactical objectives, on platforms of third parties. Today almost all the programs are immediately made available in podcast format after they have been broadcast, accompanied by the appropriate descriptive metadata». 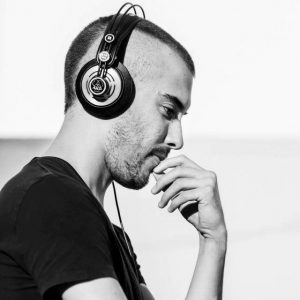 «Our playout software, Zetta by RCS Sound Software, is programmed to automatically record in the background each program we put on the air – continues Marco Sambinello, technical manager -. It is activated in sync with the sounder in the beginning of the program, pauses in conjunction with content that is not useful for listening such as public service announcements or commercial breaks, and stops at the end of the program. The result is an audio file which is then automatically uploaded to a cloud system that hosts and distributes it to listeners».

Diegoli again: «Our podcast storage and distribution software was implemented by internal staff over 10 years ago, it was based on a datacenter hosting directly controlled by our technicians and a rather complex manual procedure for publishing the episodes in RSS feeds. We needed to keep the server in Italy, to overcome certain restrictions that we would otherwise have had on the part of the companies that manage copyrights and related rights outside Italy. Here we have regular licenses that allow us to put online programs for listening on demand including music, but if we had uploaded them to servers abroad we would have risked being blacklisted».

In restructuring the workflow management system necessary for the on demand distribution of programs, also wanting to automate the various steps as much as possible, it was therefore a basic requirement to keep the hosting in Italy and possibly on the same machines already used, considering the numerous terabytes of audio already stored and indexed. Open Radio’s M-Caster is already supplied to numerous publishers as software as a service on Italian datacenters, but in the case of Radio Popolare a customized installation was made. 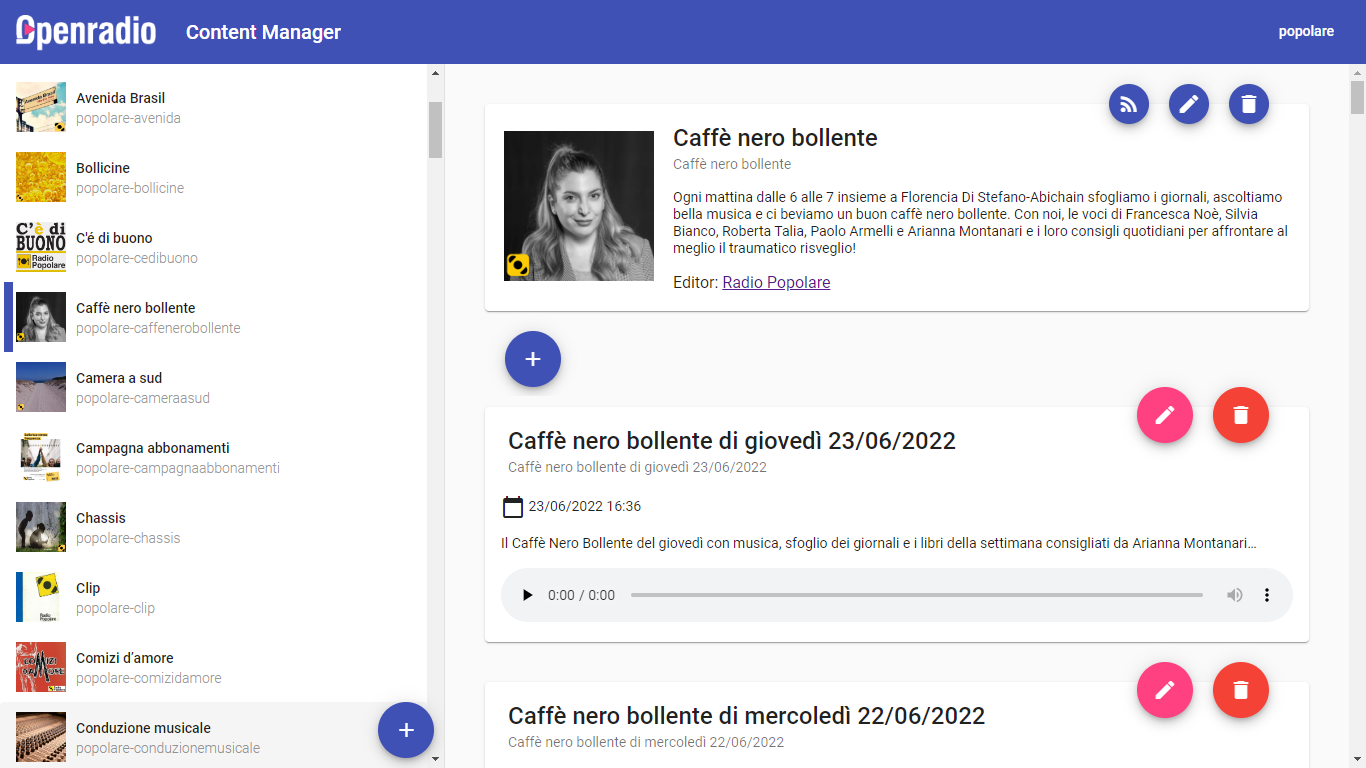 «Open Radio has provided us with the ideal software solution for our case – says Sambinello – by placing it within the existing file system. M-Caster Pro, normally provided as software as a service, was installed directly on a server in our datacenter, connected to the previously used hosting and some additional APIs were developed that allowed perfect integration with our website and our mobile app. All without having to change the structure of the file names and the URLs of the RSS feeds, thus allowing a completely transparent migration and without the risk of compromising the indexing historically acquired on aggregators and search engines. Furthermore, the references to the audio files that were already stored in the database of our website have remained unchanged, also avoiding in this case losing links or creating other malfunctions».

Currently, our workflow is completely automatic: after broadcasting on the radio, the content appears within seconds on all platforms and an be listened to on demand. It is necessary the manual intervention only for those episodes where you want to insert a title, description text and any ad hoc image depending on the content of the audio file. You work in the M-Caster panel, which opens by logging in with a common browser, and you can browse the feeds and episodes also supported by pagination functions that have been added, considering the several thousand episodes in the archive, linked to more than 100 active RSS feeds.

In the absence of manual intervention, the descriptive metadata are automatically generated following a template that can combine static texts with dynamic parts for dates, days of the week, hours and minutes of the publication, if you want to report in the text fields. All metadata is also written by M-Caster to the audio file prior to publication, according to the ID3 standard required by Apple standards. 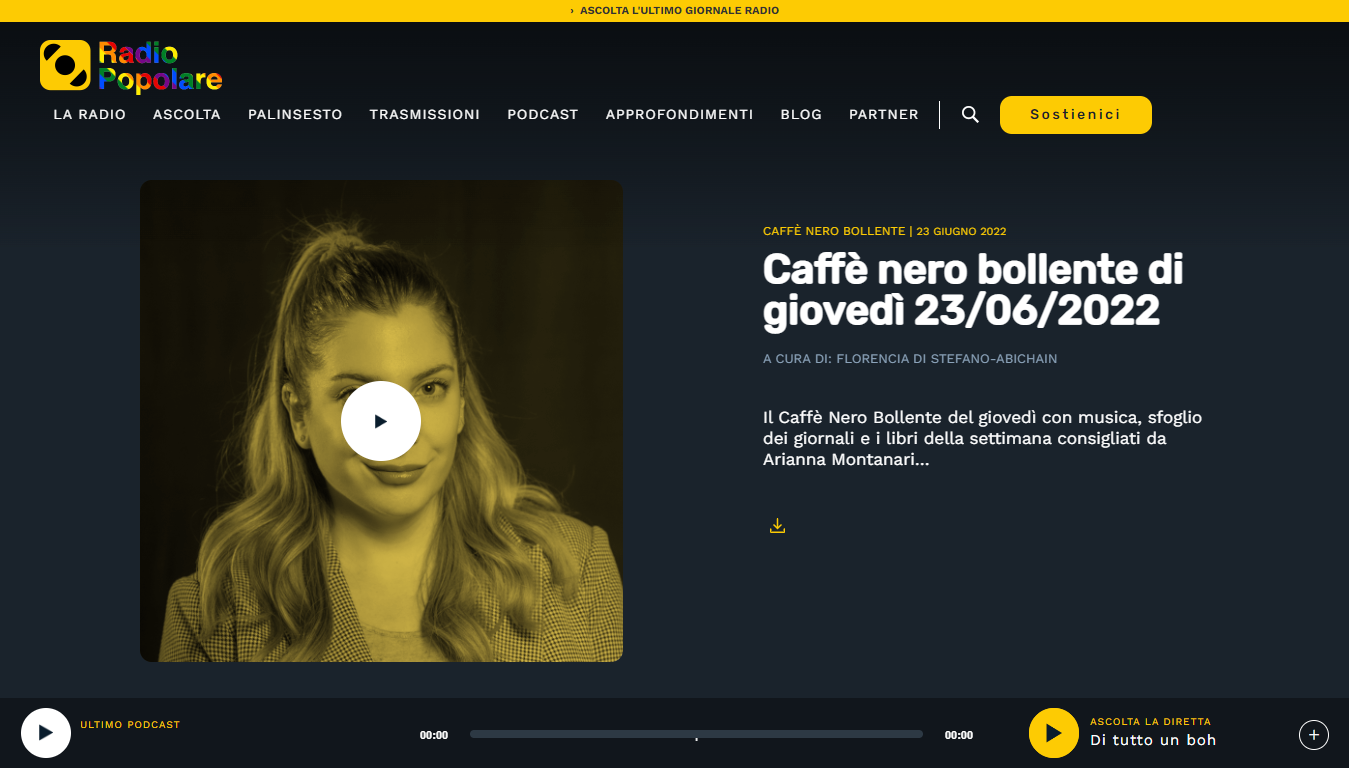 «The migration was very smooth», concludes Alessandro Diegoli. «The risk of system slowdown due to the numerous requests arriving at the server, in particular from our mobile app, was practically canceled by the caching policies already prepared by Open Radio which were then refined once the system went into production. Since we are now able to track listeners with good accuracy, we have seen that there are over 260,000 downloads per month right now, with a small number of programs contributing around 3/4 of the downloads. Some feeds exceed 4,000 unique users per month and our news bulletin is listened to on demand by nearly 45,000 different people over 30 days. Some very old programs and episodes, which still have a download queue, are excluded from the calculation».

Alessandro Rinaldi, Open Radio full stack developer, is now in charge also as a system engineer, for the maintenance of the virtual machines in the datacenter.

Finally, the Alexa Skills for the “Flash Briefing” feature were delivered. It is now possible for a listener to include national, regional and world news in his Alexa routines, edited by the journalists of Radio Popolare, always updated to the latest episode.